Day 1 As a Graduate Engineer in Industry – First Impressions

First Impressions count! You have only read one line and already your mind has formed an impression on this series of articles. I only hope it is a good impression and you keep reading.

Dear Diary. Day one. Today I met my new manager, John, he seems nice although very busy. He said hello then unloaded me straight on to HR where I spent the next 3 hours reading and signing off on training documents. I now know how to avoid killing or injuring myself or others, where to stand to get the best view of the building burning down, how many memes I can download per day and what lengths I need to go to, to get fired.

was then kitted out with enough protective equipment to safely conquer Everest including a pair of heavy steel toe capped boots, the type the mafia uses when they send people to sleep with the fishes.

Next I was brought to my desk and introduced to the guys in the office. Mostly they seem friendly. A couple of them didn’t look up, only grunted, they looked a bit stressed so I think I should keep out of their way for a day or two. The HR person left me there to stand awkwardly for the next half an hour while the IT guy finished setting up my computer. It’s kind of hard to make a good first impression when you are abandoned in the office with no chair, nothing to do and everyone too busy to talk to you. I was pretty sure I shouldn’t just play with my phone so I pretended to look interested in a noticeboard and some brochures.

I was saved when the bell rang for lunch, just like being back at school. Thankfully a couple of the junior engineers invited me to join them. One of the guys, Martin had only started a few months ago, I think he felt my pain. He was able to give me a lot of useful inside info: who to look out for, how to tell if the manager was in a bad mood, which department rules are enforced and which are a little loose, where is the best place to get a fried breakfast on a Monday morning! It was good to know I was not alone as a newbie, I was worried I would be thrown in with a lot of older experienced engineers.

Shortly after lunch the IT guy finally finished up. I now had a seat but still nothing to do. John the engineering manager had said he would find me later. I figured he was busy so I shouldn’t bother him . . but then I thought about it and decided it was better to annoy him by seeming over-eager than to annoy him by seeming lazy so I went to find him.

Lucky I did, first thing he said was he had been waiting on me. He was clearly very busy so he just checked that I had got settled in ok. Then he threw me a brochure for a competitor’s product and told me to research everything I could on that product and all our competitors’ similar offerings. I was a little miffed to be honest, it felt like I was just a nuisance to John today and had just been thrown a random piece of work to keep me busy. 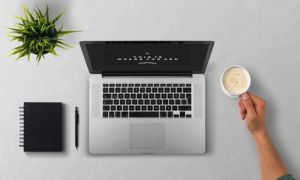 Now I worked long hours at uni and I thought a 9 hour day wouldn’t be a problem but in an office with people watching, you can’t just put your feet up with a cup of tea or take a nap when you feel tired. It really feels like all eyes are on me and I need to look busy all the time. Well, 3pm came around and I just couldn’t keep my eyes open, I’m sure I got caught in a head bob a couple of times. Thankfully Martin gave me a shout to grab a coffee, he has been a life saver today.

I made it to the end of the day. I was fairly sure I shouldn’t be the first out the door so I worked on until a few others had left and again I was lucky because John came in to check on me. He apologised for abandoning me all day, he’d had problems to deal with but he would give me a proper introduction tomorrow and get me started on a project. I had pulled the competitor research he asked me to do into a document for him, he wasn’t expecting it . . . I suspect he won’t read it!

Day one over, roll on tomorrow!

Lessons from day one

This is a big day for you, but it is just another busy day at the office for everyone else, including your manager.

This is the basic information and introduction day, it’s about on-boarding, introductions and first impressions, be patient and keep focused (and try to look busy).

It is better to annoy a manager by being overeager than by being lazy.

If there is anything you are unsure about, now is the time to ask. Remember this is all company specific information today, nobody expects you to already know it. 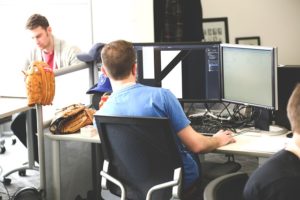 You will meet a lot of people, some you will need to know, and some you won’t. You will not be able to tell the difference today so make a good first impression with all of them.

If your new manager makes a point of introducing you to someone, then that person is important.

Ask for an organizational chart or ask your manager to help you draw one up. This is a tree chart of employees showing all the departments and levels. It will help you remember who people are.

It takes 4 seconds to make a first impression and 4 minutes to make a lasting impression. 10% of a first impression is what you say. 40% is how you speak, volume and clarity of voice, grammar and confidence. Make eye contact when speaking to someone. The remaining 50% is your appearance, how you present yourself how you dress, stand and walk.

Engineering departments tend to have fairly informal dress codes, often the company will issue branded polo shirts. People still expect new starts to make an effort however. Shirt or blouse, and smart trousers and shoes will probably suffice until you settle in.

Keep an eye out for an ally, usually the most recent previous recruit will be most sympathetic to your position as a new start.

Don’t run out the door on the dot at the end of the day – follow everyone else’s lead.

A 9 hour day spent mostly in front of a computer is a shock to the system if you are not used to it, bring healthy energy snacks, drink plenty of water, get up and walk about every so often even if it is just to the toilet and back. Be prepared for the 3pm slump – I still struggle with it . . . Oh, look at the time . . . time for a coffee!

This is the first in a series of 10 articles looking at the typical challenges a Graduate Engineer can expect in their first two weeks in a new job and including some useful hints and tips to help you survive.

We have also compiled top ten lists of useful resources, tools, apps, books and websites that engineers have come to rely on in industry. These lists will be released for download every week inside our new LinkedIn Group ‘Graduate Engineers Entering Industry’ https://www.linkedin.com/groups/8686669. Feel free to join up, join in the conversation and share your own stories and experiences.